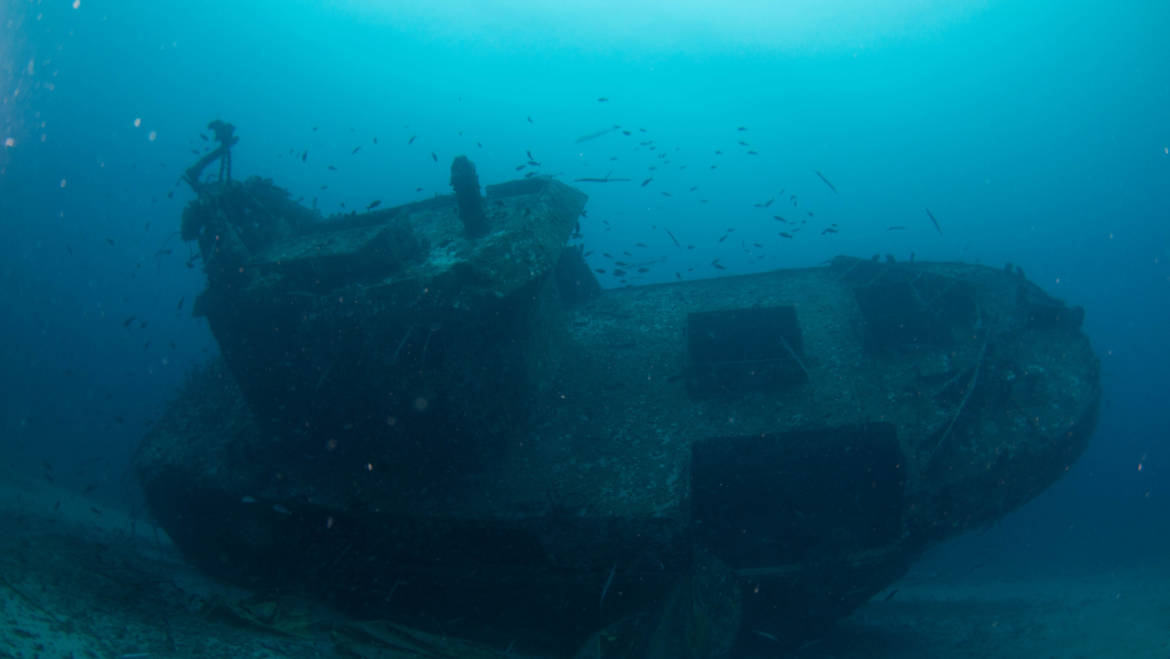 This is a very nice dive, easy and suitable for all levels, with a lot of life! This is one of the “must do” in the north of the island, if, of course, sea conditions allow for it !

Pico d’Ouro is the name of a fishing vessel that sank near the city of São Tomé in 2014, when travellng to Principe. This boat is originally from Madeira, used in the black swordfish fishing, came to São Tomé together with other three sister ships: Pico Alto e Pico Dourado. The ship, apparently overcharged, sank near the coast with no victims that were able to get to shore. He was then refloated in 2015 by the Portuguese Navy and sank again further away, where he lies at 21-22 meters deep.

The Pico d’Ouro is still intact and is resting in a sandy sea bed. It is a very nice dive, with a lot of fish, that can be done on a depth between 21-22 and 16-17 meters, depending on the tide. Divers usually start by exploring the outside part of the wreck, where they usually can find a very abundant sea life. Closer to the top of the boat there are very often big barracudas and some jacks and wahoos, hunting in the blue. There is also a resident turtle, that should be approached with great care, as she is very shy.

This dive can only be done when the sea allows for it, as the currents can be strong, making the dive somewhat unconformable. Visibility is often very good! 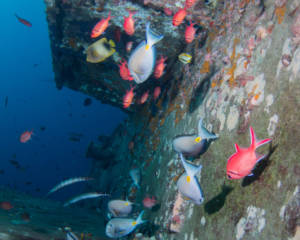 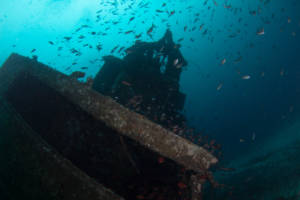 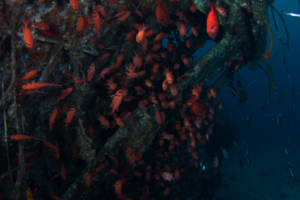 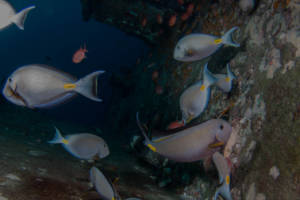 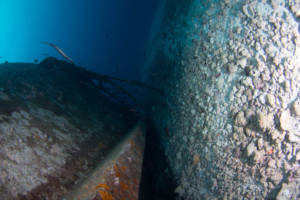